Our cacao, our story & values 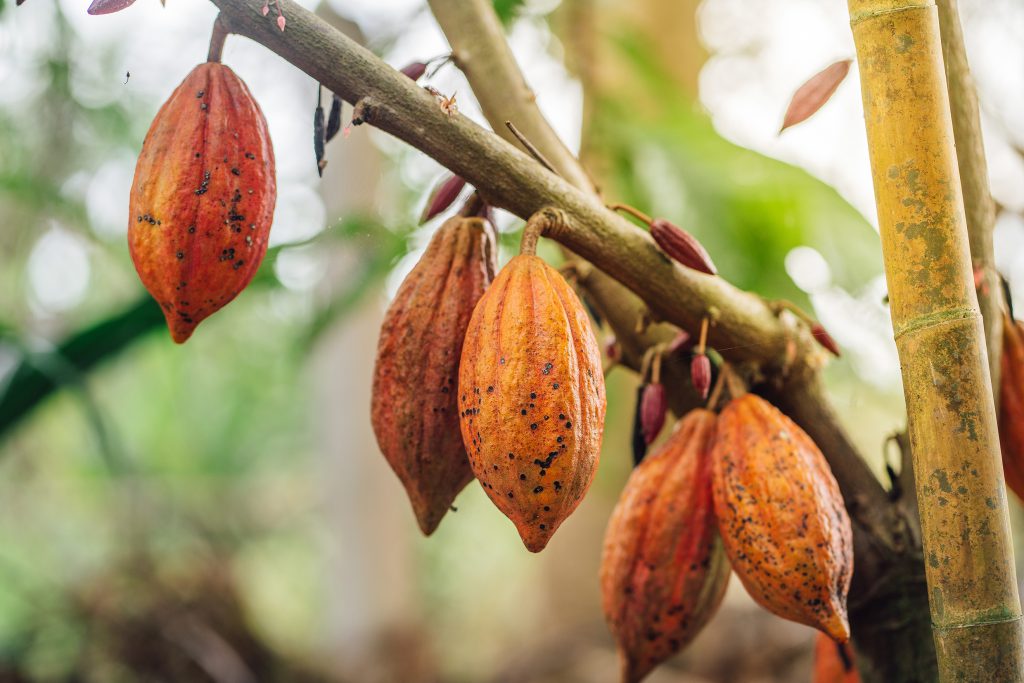 Our cacao is harvested on the Pacific coast of Guatemala. Our blend is the result of a selection from various local farmers who preserve their Criollo cacao trees, who look after their cacao plantations organically (without chemical fertilizers).

Our cocoa grows in the foothills of the volcanoes of Atitlan and Tolimán, in the villages of Suchitepequez, Cerro de las flores. The aroma of our cacao is soft in the mouth, with floral notes and powerful earthy flavours in the end.

The consumption of ceremonial cacao belongs to an ancient culture and traditions. This is why Lavalove Cacao is committed to providing ceremonial cacao and treating it as a sacred food and a medicine. Its production is aligned with respect for the environment, including roasting, grinding and biodegradable packaging.

The process - From the tree to your cup

Each one of our cacao beans are roasted and hand-peeled, by indigenous families, where the Kaqchikel Maya language is spoken. Then grounded in a specific mill to grind chocolate, made paste to be consumed, weighted and put in molds, then cooled down for 8 to 10 hrs before being packed to export.

The shells from the peeled beans are not wasted, they are used to fertilize our crops.

Cacao helps local farmers financially because it allows them to have a source of income that will their whole families as wells as a better education for their children.

Our cacao now grows where there was coffee plantations for decades. Cacao helps to restore the environment, produced in an agroforestry system where it’s is combined with native plants.

Reforestation becomes a complementary activity that generates income for local farmers, not only with the improvement of the crop but also with the conservation of the land that helps the recovery of the ecosystem, such as ecological interconnectivity that recharges and reduces environmental destruction.

We want to provide the best ceremonial cacao produced in Guatemala and maintain the high quality of this medicine. It is a tool for all teachers, ceremonialists and artist that want to incorporate the heart medicine in their activities.

The vision for Lavalove is to share cacao throughout the world, reaching  the five continents and making it available worldwide. We also aim to bring new opportunities for those who feel the call to work with this sacred medicine in their communities. 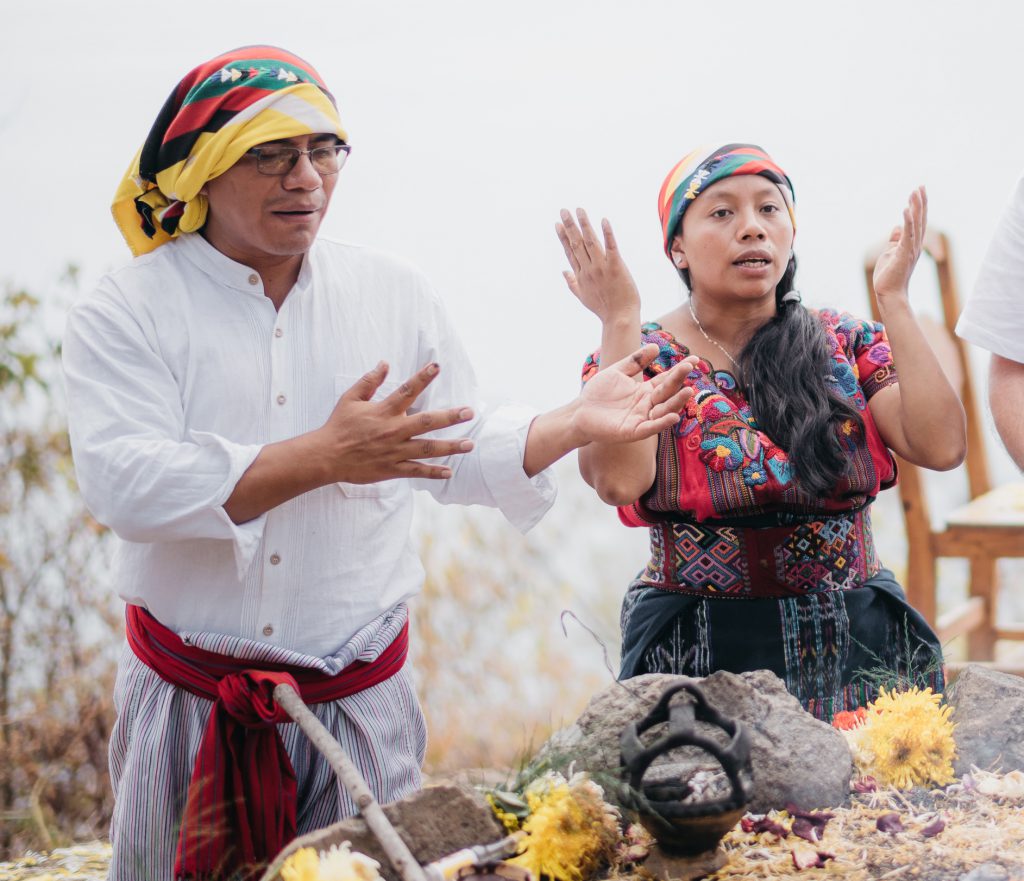 Izaias & Izabel work together as activists and promoters of Mayan ceremonies, dedicated to rescue, conserve and preserve the Mayan sacred sites so that they are not privatized.

Our mission is to rescue the wisdom of the Mayan ancient practice. It is important to us to bring back into our society the awareness and the importance of sacred circles.

Our call is to educate people from any background to connect with the origin of cacao and make good use of this sacred heart medicine, making the knowledge of its values available as well as the physical benefits that has to our bodies. 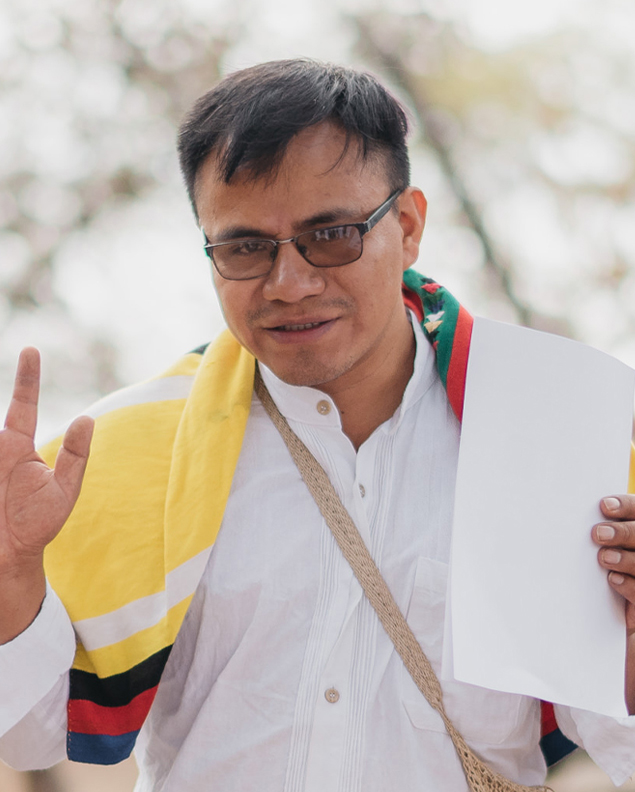 Izaias Sajvin Mendoza was born and raised to an indigenous family in San Marcos La Laguna, Guatemala. At the age of 14 he started working for Keith Wilson (Keith’s Cacao) as a gardener. Although he studied computers and accounting, he developed an increasing interest in religions and cultures other than the Christian background he was raised to.

Through a dream in his teenagerhood he was guided to look for “the lost path”, a local spiritual practice, which led him to find out his grandfather was a Shaman.

Izaias had to wait until he was ready and after years of search for his path and purpose, and being strongly called to work serving as a Shaman, he was invited to a ceremony to join the elder circles. He found out more about his grandfather story and how he was meant to become a healer, however having to meet the requirements: getting married.

At the age of 21 he married to Izabel, his wife and mother of their 2 children, Jason and Leo, and only then he was initiated in the path of the Fire Shaman. Since then he has been a practitioner and facilitator holding Cacao and Fire Ceremonies as well as Mayan calendar readings through the Nahuales, following the tradition of his ancestors and his inherited lineage.

Thanks to Cacao, Izaias & Izabel are lovers, parents and healers, following the path that was meant for them. 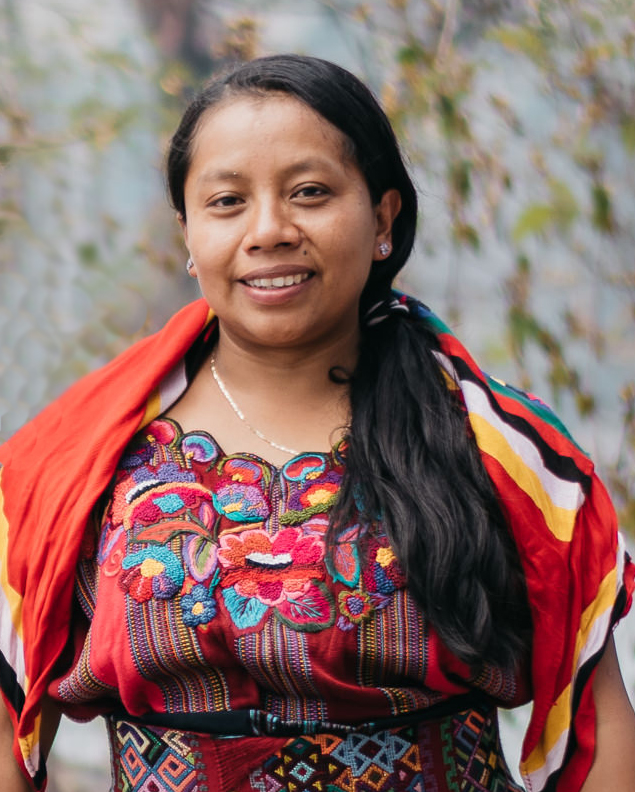 Izabel spent her early years working in the Pacific Coast of Guatemala helping her mother in her job as a harvester.

From a very early age she had to work in humble jobs to contribute in supporting her big family, travelling to San Juan La Laguna and leaving her loved ones behind to take on this responsibilities as she lost her father at the age of 6. She learned the native Mayan language Tzutujil at the age of 15 and met Izaias later in San Marcos.

This relationship prompted the beginning of her healing journey, where she could attend to Cacao Ceremonies releasing ancestral suffering attached to her.

Thanks to cacao they grew together stronger in their relationship, this helped them release suffering and helped them to connect more profoundly with each other.

After being a mother of 2 and supporting her husband in her journey towards becoming a Fire Shaman, Izabel was initiated a year later by her teacher Nan Candelaria Xitamul as a Shamaness. Her calling to work with pregnancies, empowering women and growing her knowledge with herbs started to bloom in these years. She is now established as a healer focusing her work in traditional abdominal massage, Temazcal baths and and as a herbalist.